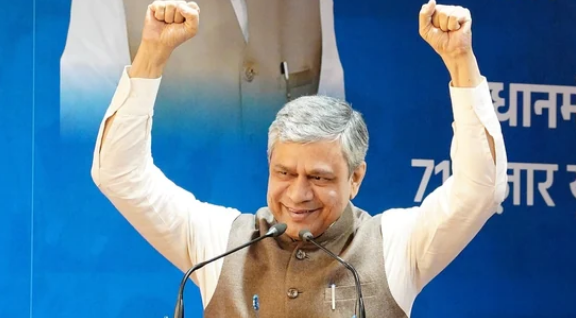 During an interview with Zee News in 2018, PM Modi said "if someone opens a 'pakoda' shop in front of your office, does that not count as employment? The person's daily earnings of 200 will never come into any books or accounts. The truth is massive people are being employed."

Vaishnaw was addressing the Rozgar Mela event at the CRPF Group Centre 2 in Ajmer, Rajasthan, where he distributed appointment letters to newly recruited appointees.

On November 22, PM Modi used video conferencing to distribute about 71,000 appointment letters to newly inducted recruits as part of Rozgar Mela. According to the Prime Minister's Office, the Rozgar Mela is expected to act as a catalyst for further job creation and to directly give substantial opportunities for youth empowerment and participation in national development.

In his address to the gathering, Prime Minister Narendra Modi stated that over 71,000 youth will be given appointment letters in more than 45 cities throughout India, announcing a new era of happiness for many families.

“You are getting this new responsibility during a special period. The country has entered ‘Amrit Kaal’ (golden period). The people of the country have pledged to make a developed India in this ‘Amrit Kaal’. All of you are going to become the charioteers of the country in fulfilling this pledge,” he told the newly recruited appointees.