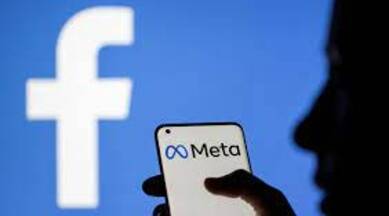 Meta files a lawsuit against hackers who are executing a phishing scheme on the company's website.

More than 39,000 websites imitating the login pages of Facebook, Messenger, Instagram, and WhatsApp were created as part of this phishing campaign, which was discovered in March.
Meta Inc, formerly known as Facebook, announced on Monday that it has filed a federal lawsuit in a California court against cybercriminals who are using phishing scams to trick people into sharing their login credentials on fake login pages for Facebook, Messenger, Instagram, and WhatsApp. Meta Inc, formerly known as Facebook, was founded in 2004 and is headquartered in Menlo Park, California.

Attackers use phishing techniques to trick victims into visiting a website that looks to be managed by a reputable company. The website, however, is hostile, and the bogus material on the site is intended to encourage a victim to submit sensitive information, such as a password or email address.

According to Meta, the phishing strategy entailed the development of more than 39,000 websites that looked like login pages for social media platforms such as Facebook, Messenger, Instagram, and WhatsApp. In order to access these websites, users were had to submit their usernames and passwords, which were then captured by the hackers.

In a blog post, the social media giant adds that cybercriminals utilized a relay service to reroute internet traffic to phishing websites in a way that made their assault architecture difficult to detect. They were able to disguise their genuine location, identities, and even the names of their internet web hosting providers as a result of this technique.

When the volume of these attacks rose in March 2021, Meta said that it suspended hundreds of URLs that led to phishing websites. A statement from Meta's director of platform enforcement and litigation, Jessica Romero, said the lawsuit was "another step in our ongoing efforts to protect people's safety and privacy, send a clear message to those attempting to abuse our platform, and increase accountability of those who abuse technology."