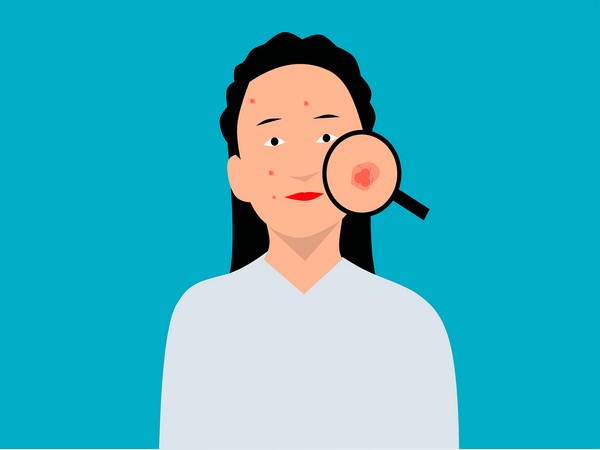 Rheumatic fever is caused by skin infections, according to a new study.

According to the findings of a recent study, skin infections are likely to be a significant contributor to the development of rheumatic fever.

According to the study, it was published in the 'BMJ Global Health Journal.'

It has long been recognized, according to Professor Michael Baker from the University of Otago's Department of Public Health in Wellington, New Zealand, that rheumatic fever is a serious complication of group A streptococcus (GAS) pharyngitis, also known as "strep throat." New research, however, suggests that skin infections caused by the bacteria streptococcus can also cause the disease.

"This study represents a significant advancement in our understanding of the causes of acute rheumatic fever," Professor Baker stated.

New Zealand has one of the highest rates of rheumatic fever seen in a high-income country, with the Auckland region accounting for more than half of all rheumatic fever cases in the world. Over an eight-year period, this study used data from nearly 1.9 million (1,866,981) throat and skin swabs processed in the Auckland region. These data were then linked to hospitalization data in order to identify cases of rheumatic fever, as well as prescribing data in order to determine whether any cases were prescribed antibiotics.

Within eight to ninety days of collecting both a GAS positive strep throat sample and a GAS positive skin sample, the risk of developing rheumatic fever increased by five-fold, according to the findings (compared with negative swabs). Following the collection of a GAS-positive swab, children from Maori and Pacific backgrounds were at the greatest risk of developing rheumatic fever.

In New Zealand, rheumatic fever prevention has been primarily focused on diagnosing and treating GAS throat infections, which are the most common cause of the disease. This well-established way of thinking is at the heart of the school-based sore throat management program that has been in operation in several North Island DHBs for more than a decade.

In his statement, Professor Baker stated that the findings of the study have significant implications for the prevention of acute rheumatic fever.

In addition to treating rheumatic fever sore throats, a new emphasis should be placed on addressing GAS skin infections in order to help reduce the risk of rheumatic fever in New Zealand and around the world, according to the expert.

A high and growing frequency of skin infections may be seen in New Zealand, with rates much higher among Maori and Pacific children when compared with children of European and other ethnic backgrounds.

"Skin infections in children at risk of rheumatic fever must be treated with the same level of severity as throat infections by health professionals caring for these children. While one of the most important messages for the general public is that skin diseases are serious and should be treated as soon as possible, "he explained.

According to Dr. Julie Bennett, who was also involved in the research, the study team is currently preparing more research to expand on their results.

A trial of more extensive skin infection therapy is being planned to determine whether it can minimize the chance of getting a rheumatic fever, she explained.

The findings of the study also found that giving a course of oral antibiotics, which is the standard therapy for children who have been diagnosed with strep throat, was not connected with a lower chance of having rheumatic fever in the following year.

"This is a troubling discovery to make. In light of this, it appears that we must develop more effective means of treating these illnesses than the course of oral antibiotics that is now recommended "Dr. Bennett made the statement.