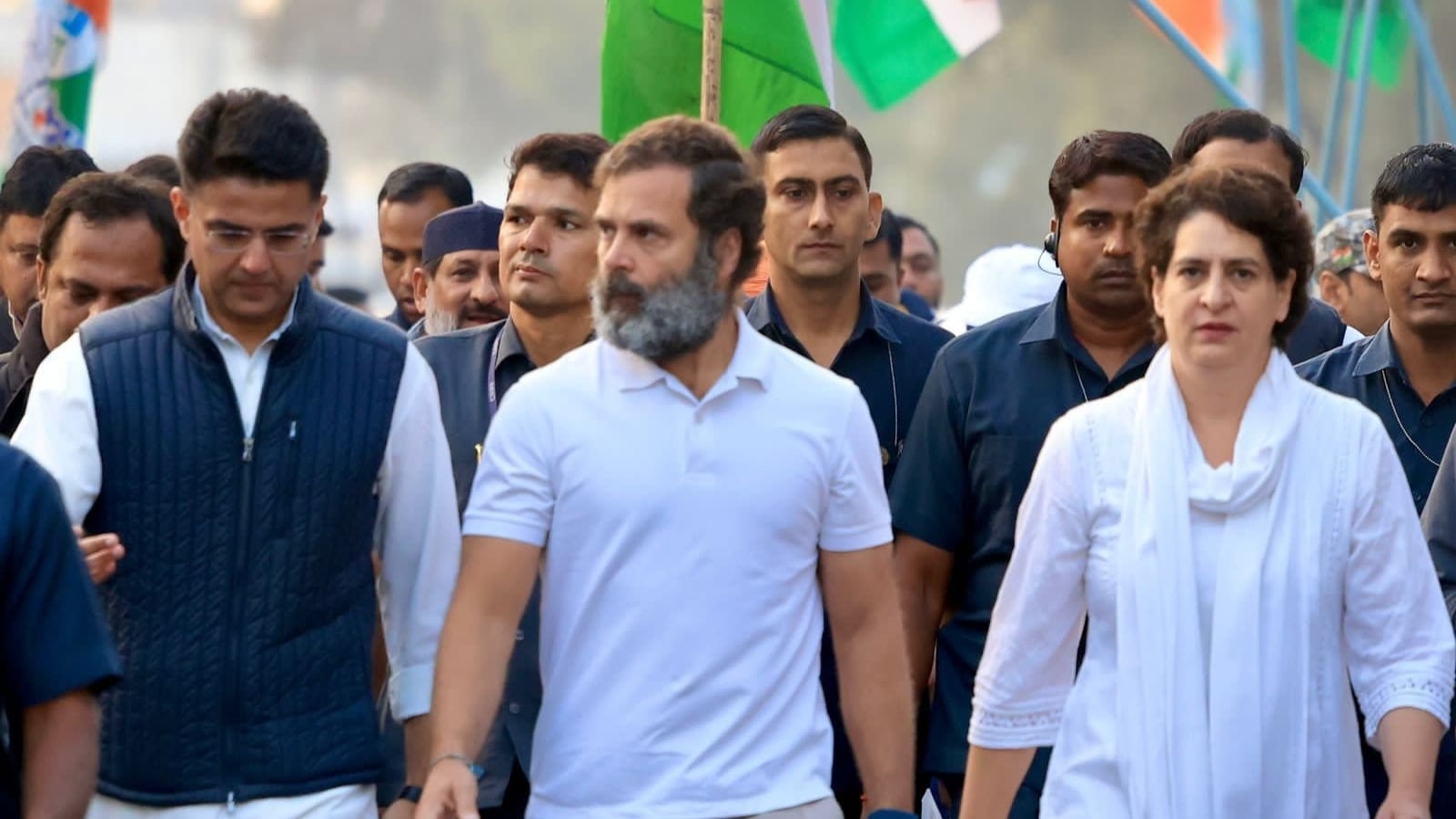 For the first time since the foot march started in September, Congress general secretary Priyanka Gandhi Vadra, along with her husband and son, joined Rahul Gandhi on Thursday during the Bharat Jodo Yatra, the party's mass outreach program that is currently going through Madhya Pradesh. Priyanka Gandhi, her husband Robert Vadra, and their son Rehan were seen matching Rahul Gandhi's steps.

Senior Congress leader Sachin Pilot also took part in the Bharat Jodo Yatra, which resumed this morning from Borgaon village in Madhya Pradesh. Pilot has joined the foot march just days before the yatra enters Rajasthan, where calls for a change in leadership have been renewed.

Addressing the public gathering in Burhanpur on Wednesday, Rahul Gandhi said they walk for about eight hours and cover an average of 25 kilometers daily to listen to people's ‘mann ki baat’.

"We interact with people in between the Yatra. We hear people's 'Man ki Baat' for about eight hours and speak for about 15 minutes. Not like PM's 'Man Ki Baat', we listen to what is on the mind of farmers, youth, women, laborers, and small-scale traders throughout the day," he said.

"We started this journey from Kanyakumari. When we started, the people of the opposition said that India is 3,300 kilometers long and it cannot be done on foot but now we have come to Madhya Pradesh, we will walk about 370 kilometers here. This Yatra will reach Srinagar and our tricolor will be hoisted there, no one can stop it," the Congress leader added.

The yatra will enter Rajasthan from Madhya Pradesh on December 4, after covering a distance of 380 km.