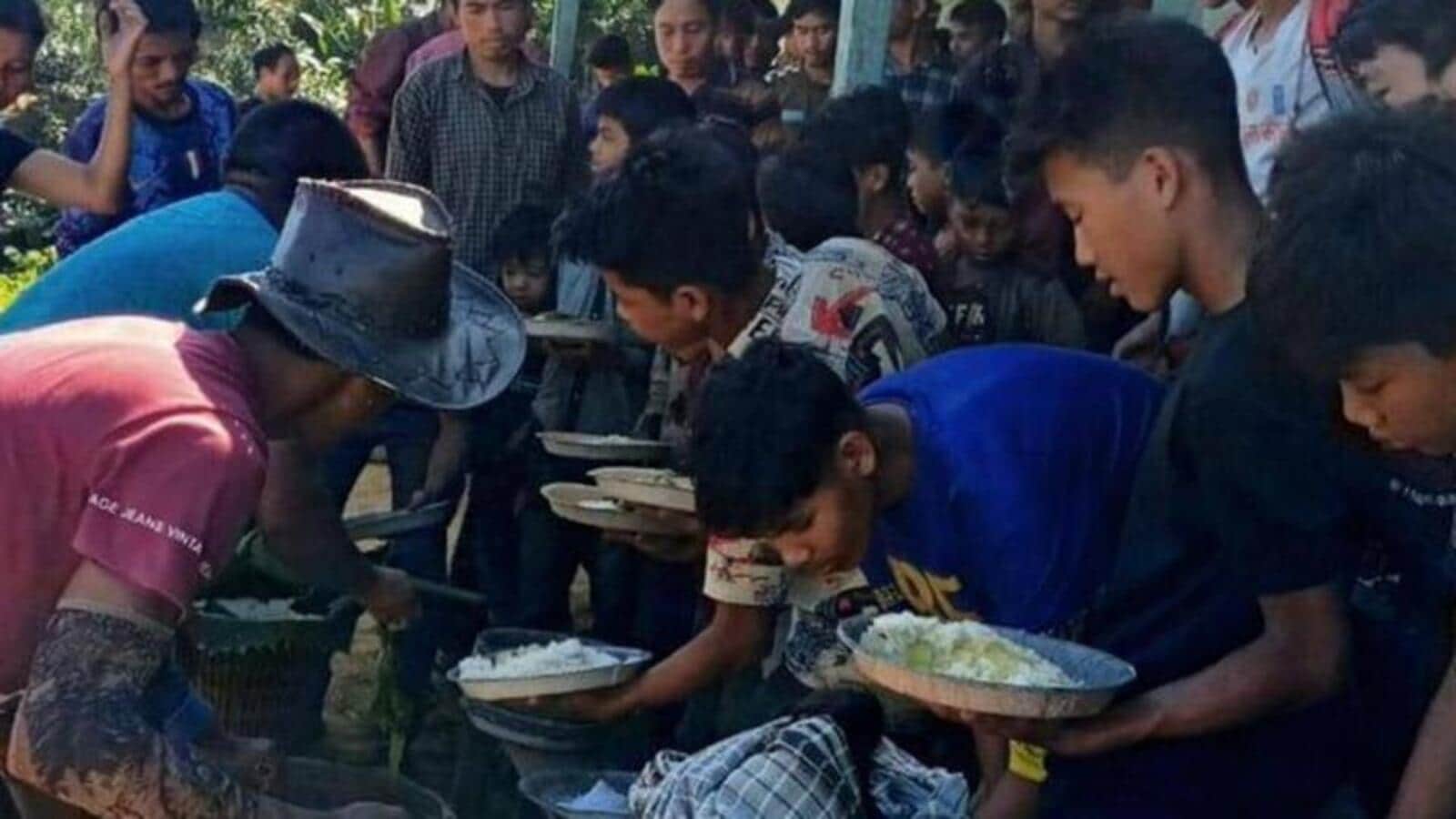 The Mizoram Cabinet has approved the construction of temporary shelters and other amenities for Bangladeshi Kuki-Chin refugees fleeing an alleged military operation against an ethnic insurgent group in Bangladesh's Chittagong Hills Tracts.

On Tuesday, Home Minister Lalchamliana stated that the Cabinet sympathizes with the refugees who have fled their homes and has decided to extend aid to them.

At least 200 Kuki-Chin refugees arrived in Mizoram's Lawngtlai district on Sunday, according to reports that the Bangladeshi military has launched an operation against the Kuki-Chin National Army, which has been demanding a separate state and safeguards for the Kuki-Chin and Mizo communities in Bangladesh.

More refugees were expected to arrive. Richies Laltanpuia, vice president of the Young Mizo Association, who has been working with refugees, stated that many children were among those who arrived in Mizoram without their parents. "Other mothers came without their husbands or children, while some fathers arrived without their wives or children."

Laltanpuia said they have learned that more refugees entered Mizoram on Monday night. “We are yet to verify this. More people are likely to come...” He said the refugees belong to the Bawm tribes. Laltanpuia said locals and NGOs were providing them with food and clothing and other items were being arranged.

Lawngtlai sub-divisional officer Manesia Khaimeichho denied reports that more people from Bangladesh entered Mizoram on Tuesday. “...the district administration on Tuesday recounted the Bangladeshi nationals and 272 have taken refuge in the Lawngtlai district.”

According to another official, the Bangladeshi nationals were shifted from Simeinasora near the Mizoram-Bangladesh-Myanmar border to Parva village and stayed in a community hall and a school.

Mizoram, which shares a 318-kilometer border with Bangladesh, is home to almost 30,000 Myanmar refugees.

The Zo Reunification Organisation, a Mizoram-based organization dedicated to the reunification of the Chin-Kuki-Mizo tribes of India, Myanmar, and Bangladesh, has condemned the Bangladeshi army's alleged attacks on community civilians.

The group's vice president, Lalmuanpuia Punte, stated that they have appealed to Mizoram's people to give humanitarian aid to Bangladesh's Chin-Kuki community, with whom the Mizos share ethnic ties.

About 350000 people of Kuki-Chin-Mizo communities live in Chittagong Hills Tracts.