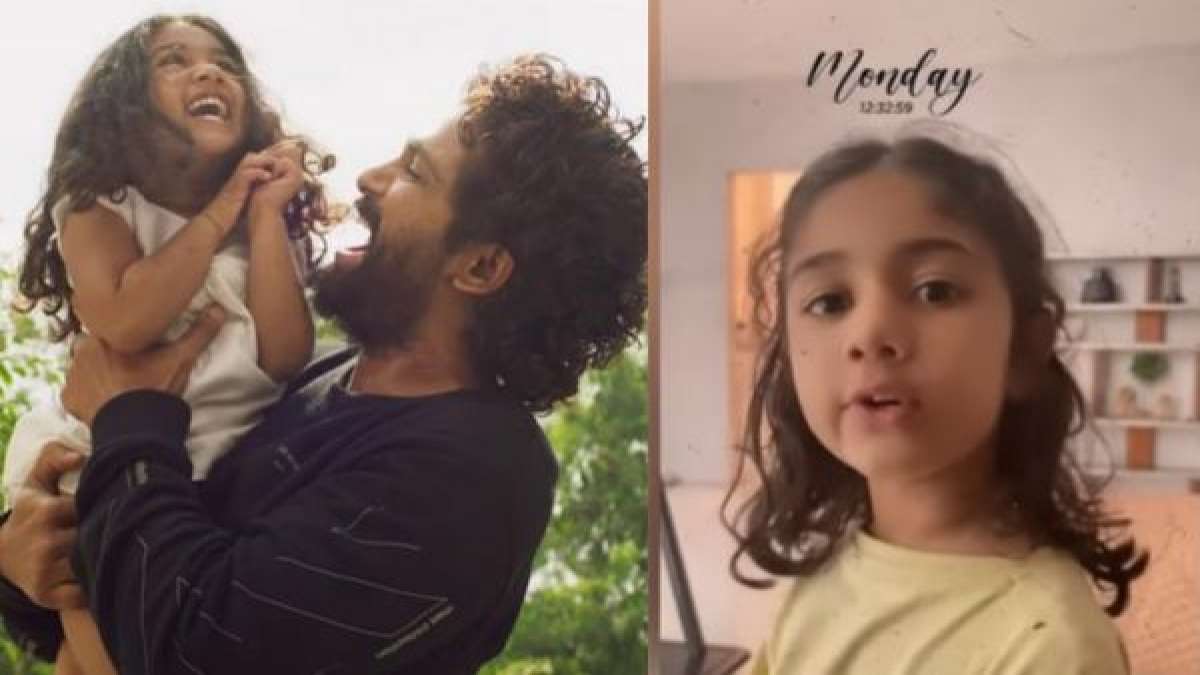 Arha, the daughter of actor Allu Arjun, turned six on Monday. Arjun celebrated the day by sharing an adorable video in which Arha talks about her encounter with bees and how she's scared they'll get into her hair. The most common reaction to the video was that it was 'cute.'

He captioned the video, "Happy Birthday to the cuteness of my life. #alluarha." Most fans called the video "cute".

Meanwhile, Allu Arjun is preparing to start filming for Pushpa: The Rule. Earlier this month, the project went public with a look test. Miroslaw Kuba Brozek, the film's cinematographer, took to Instagram to share a picture from the sets, captioning the post "the beginning of the adventure."

Pushpa: The Rule, the second part will focus on the face-off between Allu Arjun and Fahadh Faasil, who was introduced as the prime antagonist towards the end of the first part. It also stars Rashmika Mandanna. The project was officially launched in August with a pooja ceremony. Sukumar will return to direct the second part as well.

A couple of weeks ago, Arjun introduced the catchphrase from the next part of Pushpa. Speaking at an event, he said: “I know all of you have been asking me for updates about Pushpa 2. I have a small one. If it was ‘Thaggedhe Le’ in Pushpa 1, it’ll be ‘Asalu Thaggedhe Le’ in Pushpa 2. Definitely, I’m hoping everything will turn out to be positive. I’m excited, I hope that excitement touches you too.”